In celebration of the 22nd Anniversary, astronomers have released this image of the Tarantula Nebula (30 Doradus, or NGC 2070) in the Large Magellanic Cloud. 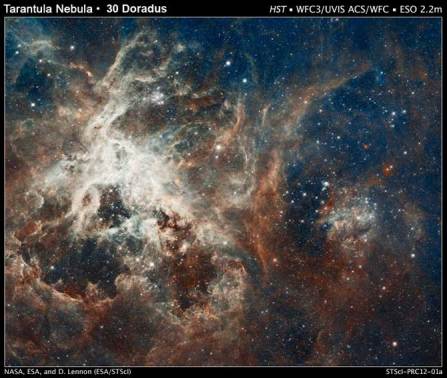 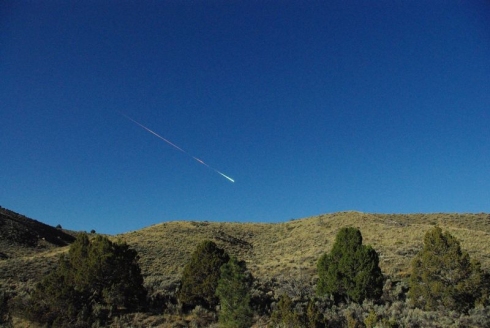 Image Near Reno of the Minivan Sized Bolder that Exploded over California
Image Credit: Lisa Warren

Estimated to have released the energy equivalent to a 5 kiloton nuclear bomb when it exploded over the Central Valley of California, a minivan sized meteor weighing 70 tons was photographed as it passed East to West over the Sierra Nevada mountains near Reno Nevada, around 8:00 AM Phoenix time (1500 UTC) on 22 April 2012. 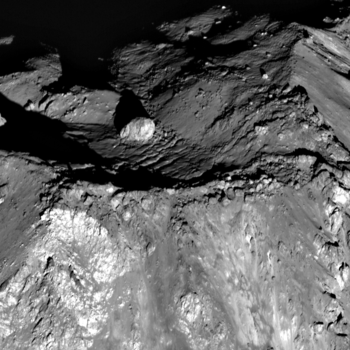 The Central Peak on Tycho.
Image credit: NASA / GSFC / Arizona State University
The Lunar Reconnaissance Orbital Camera (LROC) took this image of the sunrise on the peak in Tycho crater on 10 June 2011. The large boulder in the center is 120 meters across.

Comet Hartley 2 at 700 km.
Image credit: NASA/JPL-Caltech/UMD
The nucleus of Hartley 2 is about 2 km long and 0.4 km wide at the most narrow section. Active jets are clearly visible.

IRAS 05437+2502
Image Credit: NASA / ESA / Hubble / R. Sahai (JPL)
We are all familiar with the brightly colored Hubble images of the Eagle nebula and other star forming regions (below). This Hubble image is the black cat in a coal bin. First imaged in 1983 by the Infrared Astronomical Satellite (IRAS), IRAS 05437+2502 is a small, faint nebula in the constellation of Taurus.

The Hubble Space telescope captured this image of the Antennae Galaxies as they continue a series of collisions that has been going on for hundreds of millions of years.

NGC 3603 contains some of the most massive stars known. These huge stars live fast and die young, burning through their hydrogen fuel quickly and ultimately ending their lives in supernova explosions.

Douglas Wheelock has settled in as the photographer for Expedition 25 on the International Space Station. Here he captures the Aurora above the South Pole. 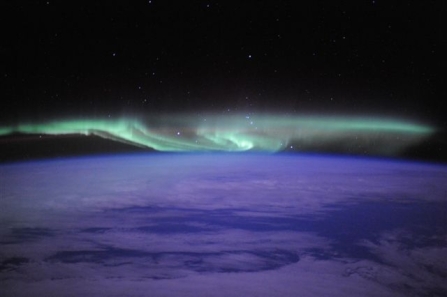 A year ago the National Geographic Society published this wonderful image of space missions. It still looks great. 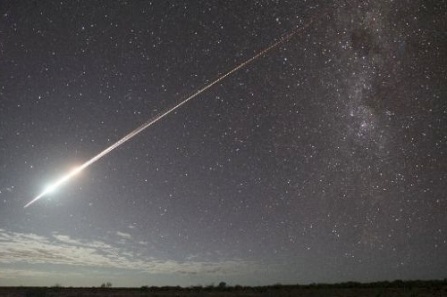 “We wanted to have an image that will be at least as spectacular as the iconic ‘pillars of creation,’ says Mario Livio of the Space Telescope Science Institute in Baltimore, referring to a widely reproduced 1995 Hubble image of the Eagle Nebula”. NASA released the image.

A composite image of the Andromeda Galaxy from the WISE orbital telescope.

Just in time for the holidays: a Hubble Space Telescope picture postcard of hundreds of brilliant blue stars wreathed by warm, glowing clouds. The festive portrait is the most detailed view of the largest stellar nursery in our local galactic neighborhood.

The massive, young stellar grouping, called R136, is only a few million years old and resides in the 30 Doradus Nebula, a turbulent star-birth region in the Large Magellanic Cloud (LMC), a satellite galaxy of our Milky Way. There is no known star-forming region in our galaxy as large or as prolific as 30 Doradus.

A composite image of the Crab Nebula from the Chandra X-Ray orbital telescope, the Hubble telescope in visible light and the Spitzer Space Telescope in the infrared.

One thought on “Photo Gallery”

if you would like request for an opportunity to teach a topic about space at our monthly meeting or Have an Idea about an NSS Outing we can do.  please email Phyllis.Redhair2012@gmail.com